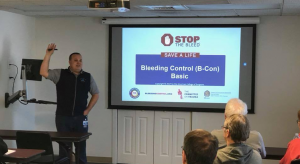 Motivated by the 2012 tragedy in Sandy Hook and multiple tragedies that have occurred in the ensuing years, what has become known as the Hartford Consensus was convened to bring together leaders from law enforcement, the federal government, and the medical community to improve survivability from manmade or natural mass casualty events. The resulting injuries from these events generally present with severe bleeding which, if left unattended, can result in death. The participants of the Hartford Consensus concluded that by providing first responders (law enforcement) and civilian bystanders the skills and basic tools to stop uncontrolled bleeding in an emergency situation, lives would be saved. The first responder program has received very good response and is widely being used across the country. The next step is to focus on needs of civilian bystanders.

Civilians need basic training in Bleeding Control principles so they are able to provide immediate, frontline aid until first responders are able to take over care of an injured person. Due to many situations, there may be a delay between the time of injury and the time a first responder is on the scene. Without civilian intervention in these circumstances, preventable deaths will occur.

The American College of Surgeons Committee on Trauma is leading the effort to save lives by teaching the civilian population to provide vital initial response to stop uncontrolled bleeding in emergency situations. This will be accomplished by the development of a comprehensive and sustainable bleeding control education and information program targeted to civilians that will inform, educate and empower the 300+million citizens of the United States. 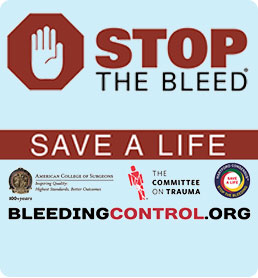